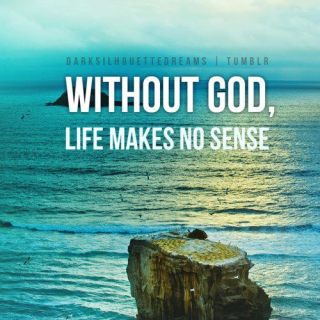 Got delayed? Yes? Something did not go on schedule as you planned it? Yes? Then I crave your indulgence for just this brief moment! A delay in life does not mean a denial, you just have to trust God in the delay. The reality is, on the board walk of life, you will encounter numerous challenges, delays, and difficulties. Delays in your life don’t know the colour of your skin. It is not familiar with your ethnic background or your nationality. It distances itself from the upper, middle and lower class. It wants nothing to do with your MBA, BA, PHd or your GED! The truth is, it runs no background checks whatsoever on you, not interested that is!

But as long as you are here on planet earth, breathing the breath of life, especially that you are a child of God, you will encounter unexpected delays. I am telling you child of God, life will flip the script on you and without as much as a hint, it interrupts your scheduled flow creating schisms and some unwanted impractical balances in your life.

For years, I struggled with that thing called impatience. That’s right, me, I did! Hate delays…I did not understand what it meant to wait. I always had it my way, got what I asked for in the time in which I asked for it. Always given to me right away on a platter, partly because of my father’s upbringing, I knew no lack. He spoiled me, if you ask! But that being said, bless his soul, I had an experience with delay over the weekend (July 14th 2012) that it took me some 36 hours to recover and for my body to get back into the normal flow of things.

I could not believe that I flunked the test! I graduated from that, I was delivered from impatience or so I thought!

The day got off to a great start. I took care of my first assignment of the day at the Aglow International Conference. I got to the airport according to schedule, got checked in and then I joined the others and waited for the agent as she announced over the intercom that our flight was now ready to board. The 40 minute flight over to RL Bradshaw International Airport and the 20 minutes flight across to VC Bird International went extraordinarily smooth. We landed at approximately 1:40pm and headed toward the Intransit lounge. The lounge was packed to capacity with others awaiting their flights bound for Toronto, Miami, London etc.

Then the wait began. It seemed like forever! Finally, at about 5:15pm, the first announcement came, that our flight was delayed indefinitely due to mechanical reasons and that a further announcement will be made at 6:30pm. The announcement went on and on but only to announce further delays. Then finally at 8:00pm the announcement echoed over the intercom, it was now time to board our flight. I was excited, who would not be? We were all excited! It reminded me of school days when we were placed in detention, and then teacher came and let you off, so now we were going home.

Our hopes and excitement were dashed in that very instant! There were angry outbursts, cries of frustration and disgust that all we had been called to the gate to hear was that our flight was delayed even further, that the passengers who would miss their connecting flights would be given overnight accommodation at the airline’s expense, and that we would be given a light snack of hot dog or sandwiches only, and one non-alcoholic drink. Wow! My thoughts by then began to race, I felt like exploding myself and express the anger and the frustration I felt inside. I felt like a kid, that someone who I believe did not have the authority to do was suddenly ordering me around telling me when to get up, when to sit down., what to eat, what not to eat, what to drink and what not to drink! It felt like imprisonment! For that moment we were denied our basic human rights.

I felt sick to my stomach! I especially felt the pain of an elderly lady that for some reason her name got left off the meal voucher list and who at first was denied her meal for that reason. Again persons were angry and they vented. The lady kept on saying “what is wrong with me, why they leave me off the list, maybe I am not good enough?” I believe it was God’s voice that thundered through the patrons and she did get her meal.

Peeps, again I say, I do not like delays!

The ordeal ended at last. The Pilot assured us that he would not fly the plane if he was not certain that the problem was fixed. It turned out that the air conditioning unit for the aircraft malfunctioned, burst a leak and so the entire thing had to be replaced. We boarded our flight at 10:05pm and landed at 11:30pm at our final destination. By the time I got to my hotel room, it was 12:05am on Sunday morning July 15th 2012. I was sick to my bones the entire day.

What were the lessons that I learned through that delay?

Today I am doing much better. It is a wonderful feeling to have my life back and to be enjoying what the land has to offer. Trusting God through life’s delays!

About Yvonne I. Wilson (790 Articles)