It’s just amazing how a full year has passed. Today Tuesday, July 22nd 2014, marks the 1st birthday of Prince George. Official photographs to mark the prince’s birthday were taken at the Natural History Museum in London and released by Kensington Palace over the past day. 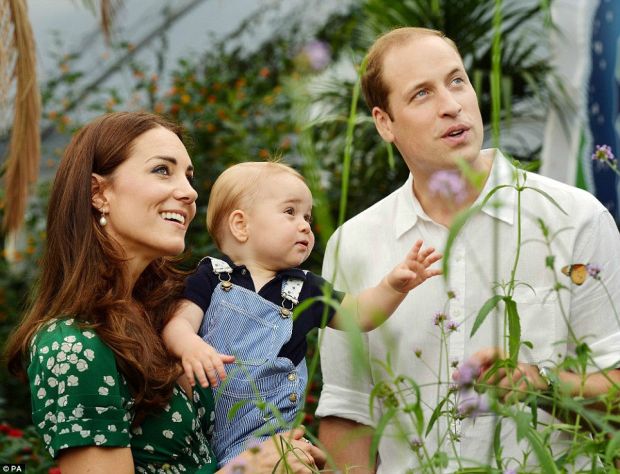 The Duke and Duchess of Cambridge with Prince George during a visit to the Butterflies exhibition at the Natural History Museum in London, July 2nd 2014

Word from UK media is that the Duke and Duchess have issued a statement thanking members of the public for the hundreds of presents, cards and letters of good wishes they have received since their son’s birth last July 2013.

“We would like to take this opportunity on George’s first birthday to thank everyone over the last year, wherever we have met them, both at home and overseas, for their warm and generous good wishes to George and our family,” they said. 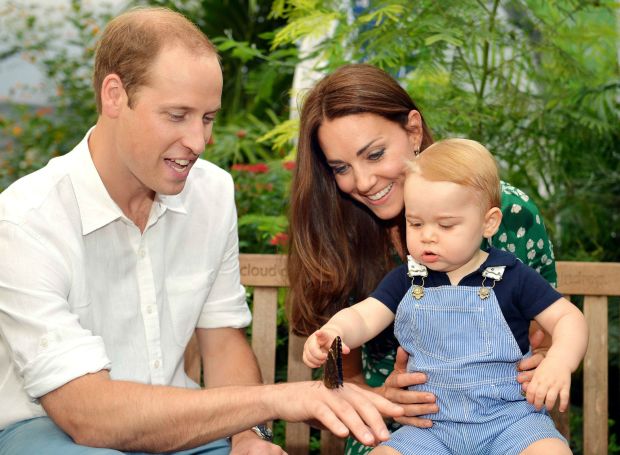 In this photo, July 2nd 2014, Prince George can be seen pointing and gazing intently at a delicate butterfly that landed on his father’s hand.

EMB would like to take this opportunity to wish Prince George a happy 1st birthday!