I take this opportunity to wish everyone a blessed Easter [Resurrection] Sunday. Today I am sharing some aspects of the resurrection that I pray will inspire you and most of all will be a blessing to you.

1.)  Jesus being raised from the dead was just as much a surprise to His disciples as was His death

We recall the story of Thomas, who also became known as doubting Thomas, who felt he needed to do some more digging into the matter before he believe that Jesus had indeed risen from the dead. By the recalls of John chapter 20, it is recorded in this particular verses:

However, some theologians feel that Thomas was merely voicing what many of the disciples felt when he declared he would not believe in the risen Lord until he had hard core evidence of it.

2.)  There was doubt in just about everyone’s mind at first

This is recorded in Matthew 28:17 which says, “And when they saw him, they worshiped him: but some doubted.” It is here implied that Matthew himself must have believed, but recorded his general observations about the unbelief in some people’s mind. 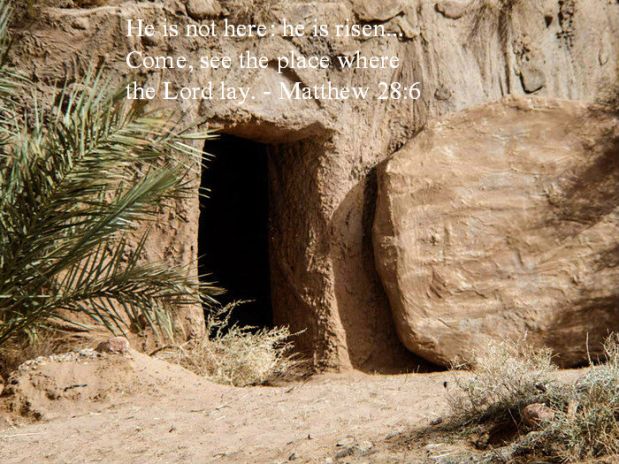 3.)  Jesus had predicted His own death and resurrection but only some time after when the disciples talked among themselves did they recall

One particular conversation Jesus had with Peter, James and John as they descended from the Mount of Transfiguration can also be found in Mark 9:9-10 that says:

“And as they came down from the mountain, he charged them that they should tell no man what things they had seen, till the Son of man were risen from the dead. And they kept that saying with themselves, questioning one with another what the rising of the dead should mean.”

4.)  The rolling away of the stone from the tomb had nothing to do with Jesus, it was to let the disciples in

5.)  Only believers saw and experienced the true joys of the risen Christ

The Apostle Paul recorded the most complete details of Christ’s appearances in 1 Corinthians 15:1-11, similar to the ‘many infallible proofs’ detailed in Acts 1:3 “After his suffering, he showed himself to these men and gave many convincing proofs that he was alive. He appeared to them over a period of forty days and spoke about the kingdom of God.”

Believers only experienced the true joys of Christ being raised from the dead.

6.)  Jesus did not show Himself to those who had direct links to His suffering and death

No guest appearances were made to men such as Herod, Pilate and the high priest. What a dramatic effect that would have made for the recalls of history had our Lord done that. But the final destination of these men were already predetermined and destined by the Creator of us all.

7.)  The body of Jesus was not stolen by His opponents as some claim and have led others to believe

Scripture recalls for us Joseph of Arimathea and Nicodemus were among the men that after following Jewish burial custom, wrapped Jesus’ body with the spices in long sheets of linen cloth and placed it in the tomb. (John 19:39-40) So there was really no way of Christ’s opponents stealing His body, because they did not know where He was laid.

This was indeed a divine plan and the will of God, because had they known where the body was laid, they would have easily removed it and stopped the gospel movement before it even begun.

8.)  Some of the Jews remembered Jesus’ predictions to rise from the dead

We who are believers in Christ and to those who would come to believe are indebted to these men for validating and verifying Christ’s resurrection.

Matthew 27:62-63 reads, “Now the next day, that followed the day of the preparation, the chief priests and Pharisees came together unto Pilate, Saying, Sir, we remember that that deceiver said, while he was yet alive, After three days I will rise again.”

9.)  The gospel stands and falls on the resurrection and that same power is available to those who believe

A couple of scriptures speak to this. First reference comes from 1 Corinthians 15:17 that says, “If Christ be not raised, your faith is vain [worthless, of no use] you are yet [still] in your sins.” He further says in verse 19, “And if our hope in Christ is only for this life, we are more to be pitied than anyone in the world.”

The Apostle Paul expressed his own personal desire to be this, “That I may know him, and the power of his resurrection, and the fellowship of his sufferings, being made conformable unto his death.” (Philippians 3:10)

10.)  The eternal impact and greatest meaning of the resurrection

Christ confirmed His identity through His resurrection. Every claim that He had made of who He is, every promise He had ever made to His followers, and every judgement He had ever delivered to His enemies was proved by the resurrection. The greatest impact of all is that Jesus is still alive today!

As you read this today, Jesus is RISEN from the dead! He is ALIVE and therein is our HOPE! He is Lord of lords and He is the King of kings! He is Alpha and Omega! He is God of all ages and nothing will ever be the same again.