Did you know that self-talk can have mind blowing impacts on your self-esteem and confidence when practiced in the correct way?

I know there are some persons who do not believe in doing it. And guess what, that’s okay. It’s your choice and you have a right to make choices in your life.

There was a time that I did not believe in self-talk. And here is my simple reason. Having been in the profession of nursing for many years, I witnessed first hand patients who were diagnosed with mental illness [no disrespect here at all] constantly talking to themselves.

When they were not muttering or speaking out loud, you could tell from the stare that some ‘conversation’ was going in their head. So I chided myself in not doing any self-talk.

Self-talk is the practice of talking to or coaching oneself with sayings either out aloud, or silently and mentally. There is positive and negative self-talk, which by the way, I now know is different from what I experienced with the patients who I nursed suffering from mental illness.

Both types of self-talk can have huge impacts on the way that you feel about about yourself each day [emotionally, psychologically, spiritually and even physically] and these will be discussed shortly.

“You can think of self-talk as the inner voice equivalent of sports announcers commenting on a player’s successes or failures on the playing field,” this according to Susan Krauss Whitbourne, Ph.D in an article she wrote on Psychology Today called “Make Your Self-Talk Work For You,”

It is no surprise that some have mastered the art of self-talk. I believe that is because as they have listened to themselves over time, they now strategically pay close attention to their choice of words and in so doing, and with practice, self-talk now comes naturally to them.

You will find that these individuals [positive self-talkers] are very optimistic. They lend their voice to a high level of optimism, that even when there is chaos and confusion all around them, they are hopeful about life and the outcome of whatever the situation may be.

Positive self-talk can have lasting profound benefits on a person’s life and here are a few of them:

Negative self-talk – A Huge No, No!

By now, it is no secret about the damaging effects that negative self-talk can have on ones life. Engaging in such destructive behavior brings you down all the time.

You are constantly questioning and second guessing yourself, and very soon that type of talk cripples you to the point of doubt and uncertainty.

It makes you feel miserable, inferior and lousy about yourself and it even have the tendency to impede the recovery process of those recovering from depression and other mental health disorders.

Here are examples of negative [dysfunctional] self-talk. One as a result of someone’s actions and the second a result of what someone said.

About two weeks ago at the office, a co-worker did something that I felt had a direct impact on me and the way it left me feeling. I honestly felt rejection by her actions.

Then later on, during a conversation in which the matter was discussed, I ended by saying, “You know what, that’s okay. It just goes to show again that I am one of the persons who it seems have been classified as the rejects around here.”

The rebut I received really caused me to stop, think and later on had regrets that I would say such a thing. At first I tried to defend what I had said, but my other co-worker was adamant when she said, “No you are not! And be careful what you say eh, words have power!”

Death and life are in the power of the tongue: and they that love it shall eat the fruit thereof.” ~ Proverbs 18:21

Read also: The Power Of Your Words

Over the weekend, my attention was drawn to a negative comment someone made about me. In addition to what the person said, she laughed. I did not find it funny and so my interpretation of it was, ‘she was laughing at me.’

That triggered negative emotions, and there I was again not handling myself the way that I know how and really should have. About an hour or so later, I walked into the kitchen and said to my daughter, “Girl, I feel whack!”

Daughter: “You need to stop speaking those negative things over your life….”

Me: “What are you trying to say, you never felt that way before? I did not say I was whack. I said I felt whack.”

Do you see the destructive pattern? In both instances I was busy with the commentary going on in my head. And when those thoughts were processed, they came through my words and even my actions as I tried to defend my what turned out to be a dysfunctional pattern of behavior.

You must read: 8 Things To Stop Believing So You Can Move Forward 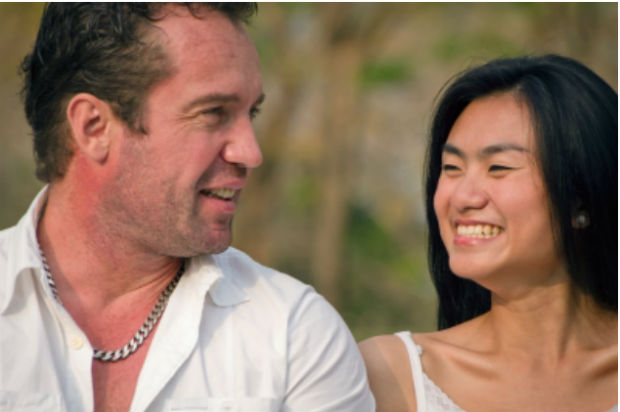 8 High Impact Positive Self-talk To Tell Yourself & Others Everyday

1.) You are fearfully and wonderfully made

Remind yourself everyday of the beauty that lies within you. You are God’s workmanship, His prized jewel and the apple of His eyes.

2.) I believe in you no matter what

Even when there is ‘noise’ all around you, and others don’t believe that you can, give yourself that pat on the shoulder and the vote of confidence that you can fulfill your dreams.

Some people would like nothing more than to see you drop out before you even reach the finish line so they can look at you as a failure. But you’ve got to stay on course, the crown of life is at the end.

4.) Failure is not an option

What some call failures are really the fertilizer/s for your faith to grow and for you to be propelled into your next dimension. They are the preview to your blessings!

6.) Today is a new day to succeed in what you fell short in yesterday

Each day is a new opportunity to try again what you did not complete the day before.

7.) Everyone in their area of expertise started at the bottom before they made it to the top of the ladder now, and you will too!

8.) You have what it takes to get the job done

No matter what, you are the only one who can do what God created you to do. You have the right gifts, talents, ideas and strategy to make an impact on the life of others!

So, was this post helpful? How has it helped you? Do you consciously self-talk and what are some others benefits that has come as a result of you doing so? If not, do you plan on doing so now that you have read this post?